Torture, The Movies and the Politics of Caregiving

A couple of nights ago, my husband Jim and I went to the movies.  We saw Kathryn Bigelow’s “Zero Dark Thirty” – a film already infamous for its portrayal of torture as a measure to ensure post 9/11 homeland security and as a tool to locate and eliminate Osama Bin Laden. 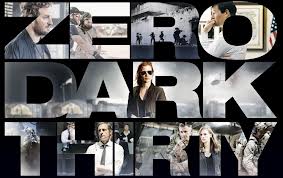 It’s a good film, but what’s it got to do with issues of caregiving in the western world?

Well, yesterday, I drove through a snowstorm to visit my Mom who has not been well and who needed a couple of loving visitors (me and my sister) who would roll up their sleeves and help with laundry, cooking and myriad of other household tasks.  It was a long and tiring day, so this morning I decided to stay in my dressing gown till noon, reading newspapers and perusing Facebook.  But two stories caught my eye.

One story was an Op-Ed in the Montreal Gazette penned by a pediatrician at the Montreal Children’s Hospital.  He argues that a proposed amendment in the laws of Quebec allowing physician assisted suicide is wrong and dangerous.  He asserts that the health care system in his province is badly broken and that rather than admit to a serious lack of political will needed to address the under-funding of palliative care, provincial leaders have chosen instead to masquerade assisted suicide as compassionate end of life care.

The next story that caught my eye was an editorial in the Ottawa Citizen newspaper about the torture portrayed in Zero Dark Thirty.  The whole editorial is worth reading, but this passage made me think:

In the immediate, panicky aftermath of 9/11, one of the more quietly important contributions was a short essay published by the University of Toronto philosopher David Dyzenhaus. His essay, The Permanence of the Temporary, reminded us of the work of Carl Schmitt, a German Weimar-era political theorist who was convinced that Liberal democracy is a fraud. We pretend we value things like habeas corpus, individual rights, and constitutional checks on the executive powers, but when faced with a perceived existential challenge, we’re more than willing to jettison them. Ultimately, Schmitt held that liberal democracies could not effectively defend themselves while remaining true to their core principles.

So, I ask, is our society under an existential threat due to an ageing society and too many people with disabilities and chronic illnesses living beyond their projected longevity?  Have we begun to jettison our moral principles with respect to health care and palliative care?

I’m not sure, but I might feel a little better if the Quebec government had announced funding increases to home care and palliative medicine alongside their proposal to legalize assisted suicide.  But, they didn’t.  Those areas are being cut.

My mother lives in Quebec.  I have seen the failures of the healthcare system there to address her needs. Intensive care treatment is still excellent, but doesn’t help my Mom.  Her health needs involved frequent short stays in Emergency Wards as well as home help.   Hospitals, especially Emergency Rooms, are frantic and overcrowded places.  They are badly understaffed.  We live in Ontario and here, there is currently a provincial enquiry into the serious lack of funding for adults with developmental disabilities and their families.  Our son Nicholas is a big consumer of healthcare dollars and he will never be employable.  Do families like mine represent an existential threat to the rest of society?

Perhaps, but I think we also represent redemption.  It is within our community where others find lessons in resilience, compassion, forbearance, and creativity.  The roots of the disability movement here in Canada forged the architecture for social enterprise, for innovation in social finance, and for building networks of personal support that work for anyone from pregnant mothers to at-risk youth.

Who feels that our community of caregivers and care receivers pose an existential threat to the rest of society?  Probably folks who believe that individualism and consumerism are the keys to a good life.  Now is the time for those of us who know better to raise our voices, tell our stories and proclaim that there are no existential threats where compassion lives. And everyone is going to need compassion when they get old or ill.  Everyone.