Advocating for Care: How to Win, How to Lose

I’ve been buried under a pile of blankets recently trying to keep warm – it’s been -30 degrees where I live in Canada!  But I’ve also been holed up designing the meat of a workshop on advocacy for family caregivers. 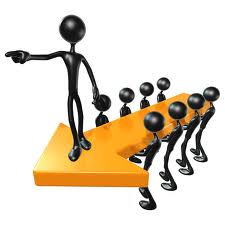 A quick google search into other such advocacy workshops reveals….nothing.  There are lots of advocacy workshops, but they relate to political advocacy.  There are lots of workshops for caregivers, but none that teach family caregivers how to use best practice political advocacy strategies to advocate for care.  So, the first “How To Know What You Want and Get What You Need” workshop is this Saturday in Ottawa, Canada.

Here’s a little advocacy success story of my own:

When Nick was six years old, we were living in London, England.  Nicholas had just completed two years of intensive, full-day conductive education training at a segregated school and I felt that it was time to enter a mainstream, local school.  There was a school a couple of miles away that had a ‘lift’ or elevator in it and best of all, they already had another young lad with cerebral palsy who was a wheelchair user.  I was determined to get Nick a place at that school.  I called, I wrote, I pleaded and finally, I received letter from the principal.  It read, “I am afraid that we cannot meet Nicholas’ needs.  I am sure his needs would be better met elsewhere.”  I was devastated.  I had already looked at other wheelchair accessible schools and they were all segregated and far from where we lived.

Depressed and anxious, I called the school down the street from our home.  It was a whim, really, because I knew the school was not wheelchair accessible.  There were steps everywhere.  I got the principal on the line, I introduced myself and said, “I suppose there’s no way you would want my son.”  “Want him!”, she cried, “he’s in!”

I was stunned.  “No, no, you don’t understand….” I tried to explain Nicholas’ high needs, his mobility issues and I was interrupted.  “Our school needs your son.  We are trying to create a mini ‘real’ society here for our children and we don’t have a pupil who has a visible disability.  We have a gap in our social learning possibilities for our student body and your son can fill that gap.”  I asked about the accessibility problems and the response was, “oh, that problem’s only architecture, dear!  It’s only architecture!”

The school principal became my champion within the district and we were able to overcome the accessibility challenges by persuading the school district to purchase a wheelchair stairlift.  There was a drive on to include more children with disabilities into the mainstream, so the stairlift purchase met their political objectives at the board level.

Good
Practice
1) Know Your Advocacy Target (the organisation or person you are asking for help)
2) Be aware of precedents
3) Cultivate a Champion within your target
agency/organization
4) Know Your Request Meets the Objectives of
your target org.  as well as your own
5) Your team is well coordinated and effective
in supporting your cause
6) Your communication is clear and concise
That’s one small example of an advocacy success and it’s one that I learned from.  Do you have an advocacy success story to share?  What are some lessons that you have learned about how to ‘know what you want and get what you need’?
Share this post