Searching for Roots of Compassion in a Violent World

The world is reeling from the news of a terrible explosion at the Boston marathon. 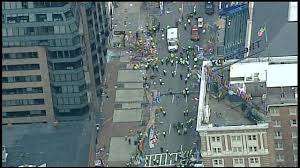 In my morning newspaper today, I read this by Craig and Marc Kielburger, brothers who founded the charity Free The Children and the Me To We Social Enterprise:

“A Halifax girl is allegedly raped by four of her classmates, and her peers use social media to spread a photo of the incident throughout her high school. Haunted by the pain and humiliation, she ends her life.
Last September, a British Columbia teen posts a heartrending video detailing the constant cyber-bullying she endured for more than a year. One month later she commits suicide.
In Ottawa, three teenage girls stand trial for human trafficking and running a prostitution ring. South of the border, in Steubenville, Ohio, two high school football players are headed to prison for rape, and two girls face charges for threatening the victim. In Fort Colville, Wash., a pair of boys just 10 and 11 years old are charged with plotting to rape and murder seven classmates.”
The Kielburgers wrote about the need for teaching compassion in schools.  Perhaps a curriculum in kindness would not have stopped the Boston bomber, but with so much hatred and violence in our midst, it is at least a positive direction to contemplate. 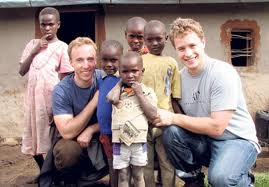 The Kielburger brothers continue, “In 2006, in anticipation of a visit from the Dalai Lama, teachers across the Vancouver School Board developed lesson plans for exploring compassion. Under the board’s five-year plan for social responsibility, compassion is being integrated into the elementary and secondary curriculum – English, drama, even science. Other organizations like Roots of Empathy, the Kindness Foundation and the Hawn Foundation are also developing resources and lesson plans to teach compassion in a school setting.”
So, what does any of this have to do with caregivers?  Well, caregivers are the epitome of compassion in action.  We have something to teach the world about kindness and so do our charges.  I became a better listener when my father lost his speech after his third stroke at the age of 52.  My son Nicholas was frequently paired with the kids in class who posed behavior problems at school.  Nick’s best friend lived in a group home for children with ‘oppositional defiance disorder’.  That lovely boy came with us to the movies, to museums… he stayed here for sleepovers and never, EVER did he cause any problems.  On the contrary, he was Nick’s special helper and protector from would-be bullies on the playground.
I know that my mother makes my sister and I better citizens by helping her with health or practical challenges of aging.  Sometimes, Mom could teach the class in ‘oppositional defiance’, but her determination to choose (even when those choices are not in her best interest) forces us to see life from her perspective.
Looking after others and seeing life through their eyes makes us more fully human.  Today, we caregivers can show others the meaning of compassion.  Today, many will be looking for answers and paying close attention.
Share this post