Cooking For (With?) Mom: A Sweet Journey! Guest Post 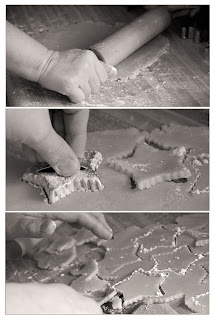 Recently, my relationship with my mother has revolved around a battle of wills that is reminiscent of the “We are SPARTA!” scene from the movie 300.  Since she is in the early stages of Alzheimer’s, she is still capable of dressing herself, doing her makeup, and being relatively independent.  However—she struggles (mightily) with remembering her own address, phone number, and the names of her grandchildren.  To her, she is still mom—still the boss.  To me, she is fading faster than I can grasp, and she needs to let me help her—to let me be the boss (at least occasionally!).
This Christmas, while family was preparing to visit for the holidays, I had an epiphany that nearly drove me straight to panic.  For years (literally longer than I can remember) my mother has been the master and commander of the dinner table meal.  My mother has always cooked with pride and passion—whether it was a week night after school meal or a Thanksgiving feast that would make the Pilgrims blush.  Lately, though, mom has been struggling with making mac and cheese (out of the box) and is in fact not allowed to turn the stove on unless somebody else is home with her.

So it’s not too difficult to imagine the sheer terror I felt when faced with the realization that most (if not all!) of the holiday cooking would fall into my lap.  I’ll spare you the bulk of my culinary stress (because honestly it could be a book—I’m talking like an Odyssey length book here) and instead share the sweet victory that was delivered to me in the form of homemade sugar cookies.
Years of attempted (read: “attempted” and not “successful”) recipes had left me with the bleak realization that, at best, I was an “okay” cook.  Well aware of my culinary limitations, (and mom’s newfound ones) I foolishly thought I was picking an “easy” task when I decided to tackle the task of baking our holiday-staple—sugar cookies. 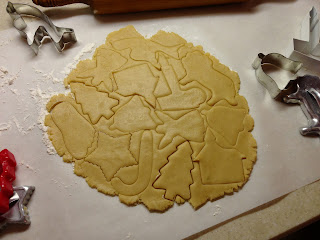 I should have switched gears and put my sister in charge of baking after I took one look at the yellowed piece of paper I had (finally!) located nestled between the Better Homes and Gardens meatloaf recipes.  While the paper (I’m assuming) at one point contained the recipe in its entirety, time and years of use had worn much of the writing away until only hints of the directions remained.  I went to the store and grabbed too much of each ingredient just to make sure I had enough (4 bags of flour, anybody?)—I mean hey, you can never be too cautious.

When I got home, I turned on the oven and began trying to decipher if the recipe was calling for 3 1/2 cups of flour or 3 1/2 bags (I was pretty sure this was an important distinction).  I heard rustling behind me, and turned around to see mom cracking into one of the flour bags and carefully measuring out a cup full.  “Mom what are you doing?”  Really—like she could do any more harm than I was already preparing to do—but this was my job.  I was in charge of the sacred baking task—I was captain of the cookies.
“I’m helping you make cookies, Maddie.  4 bags of flour is 3 too many.  Now go ahead and start creaming the sugar with the wet ingredients.”
My mouth must have been open (and I’m sure I was staring) because mom repeated her instructions slowly.  My mother, whom I didn’t trust to make mac and cheese out of a box because, prior to not being allowed to use the stove, she had (twice) forgotten that she’d started cooking and left an empty pot on a hot burner—could remember the basics of this cookie recipe.  She couldn’t remember the specifics but I could see it in her eyes—this familiarity, the memory of making this recipe for the past 40+ years—in this moment she was my mom.  She was in charge.

I know next year it won’t even be close to the same for us—so this year I drove mom nuts (nothing new here, let’s be honest) because I k
ept holding up production.  I took tedious notes on the whole baking process that would make Da Vinci proud.  Next year I will again attempt to do this recipe justice and (hopefully) live up to even a sliver of mom’s legacy. 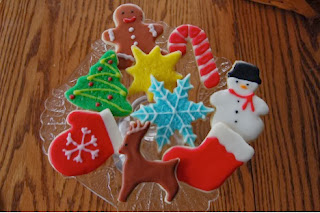 Madison Hill is a freelance writer with a quilting obsession.  When she’s not making homemade kreplach, you can find her mountain biking and writing about homecare.