Trying to Be A Normal Mom – Crafting My Caregiver Exit Strategy

When Nicholas was very young, I decided that my task was to help him live his life in a way that approximated ‘normal’.  For us, that meant finding ways for Nick and his sister to help with chores around the house when they were able.  Natalie swept the kitchen floor in a haphazard fashion, gripping the broom to keep it from falling on top of her.  I put a sponge in Nick’s hand and helped him wipe his wheelchair tray after dinner.  Living according to a natural trajectory also meant encouraging independence, resilience, kindness and creativity in both our children.  I studied what other children Nick’s age were doing and tried to help him do it, too. 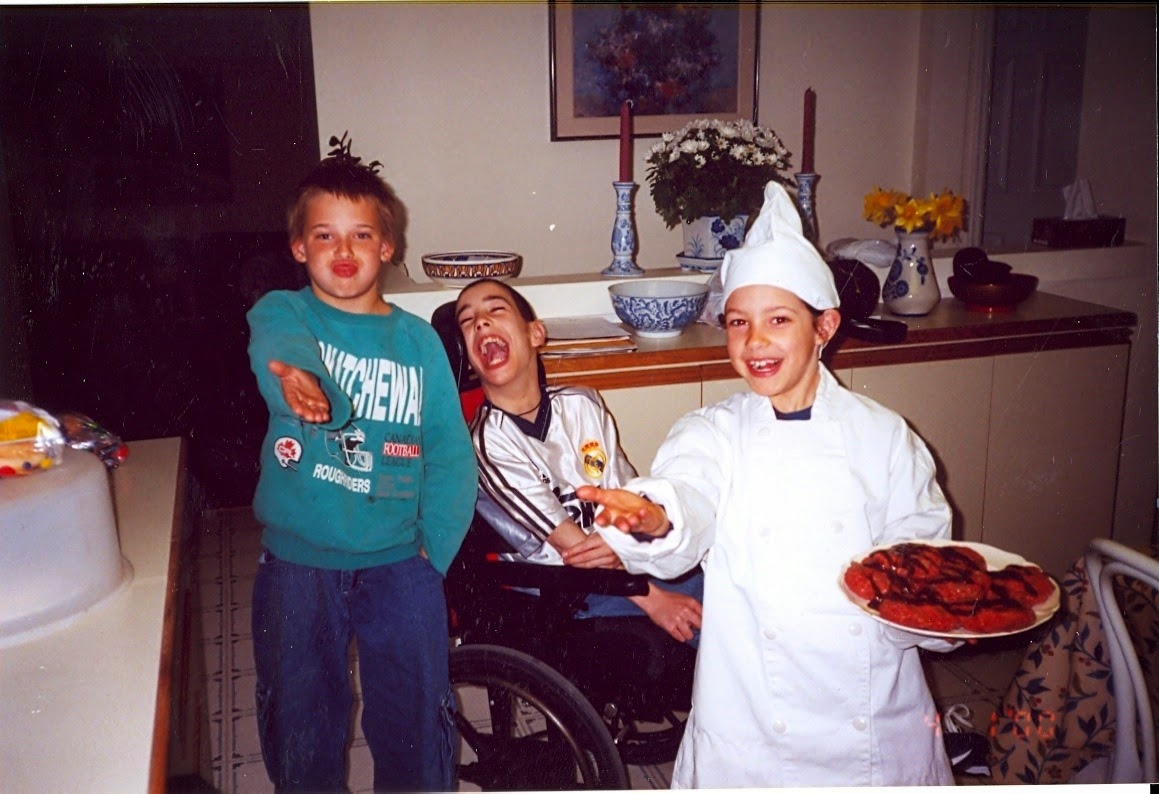 It was only later that I began about applying that line of thinking to myself.  I was past middle age and still nursing Nick, helping him with every aspect of his daily living.  But what were other mothers my age doing?  My mind began to meander into the future.  What if I were 85 and still repositioning a 60 year old Nicholas every hour overnight?  What would become of us?

I made a decision to apply the same line of thinking I’d used as a guidepost in Nicholas’ life to my own.  I knew that I would be putting Nicholas at risk if I didn’t create an exit strategy for us both – an exit strategy that allowed me to be his Mom, but not his nurse into my old age and Nick’s middle age.

I asked myself that key question, “What would Nicholas be doing if he was an able-bodied young man?”  The answer that came to me was, he would be working, he would be living on his own, seeing friends during his spare time and he would be indulging his passion for sports.  I knew that Nicholas wanted his own apartment, ideally sharing with good friends who are also his caregivers.  But, with Nick’s complex care needs, I knew that this was a housing solution that was impossible, given the current funding arrangements in our region together as well as his requirement for multiple caregivers, including backup.  So, I began to research supported housing options in our neighbourhood that could provide nursing and a the promise of a good life for someone as young as Nick.  For our family, the stars aligned and we found a wonderful solution.  Nicholas now lives in his self-described ‘man cave’, with carers who are his age and share his interests.  He blogs about sports and has a twitter account (@wright_nick) with many followers.  These pursuits constitute his ‘job’.

Our family still sees Nick more than another family might visit a young working son of 25.  But we each call or visit to reach our comfort level with one another’s company.  When it feels right, we give each other space.  If Nick is ill, I’m there to sleep on a sofa near his room.

I know other parents of adult children with disabilities whose guiding idea is “I will look after my son or daughter in our home until we die.”  I know other families, too, that would like an independent life for their child with disabilities, but haven’t the resources to create it.  But, every life is better with a plan and every plan begins with an idea.  What is your future plan idea?