Standing Up for Love When We Feel Surrounded By Hate

Do you ever have days when you feel like you are the only person who cares about kindness?  When you begin to think that maybe EVERYONE else is thinking always and only about their own interests…about their own money, their own home, their own job….

Yesterday was such a day for me.  First came the fallout in the news of Toronto city council member Doug Ford’s comments about a suburban group home for young adults with disabilities. 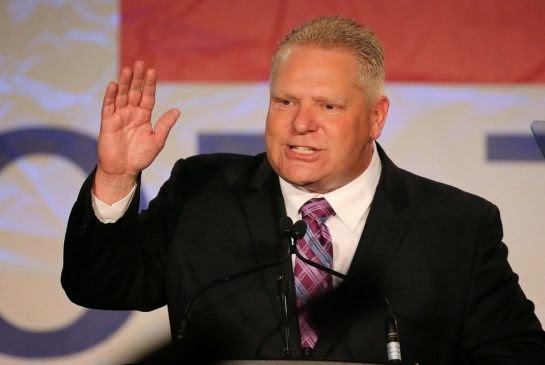 Ford is on record saying that a group home housing three young adults with developmental disabilities has ‘ruined the neighborhood’ and that property values have plummeted in the area.  The Toronto Star reported: “Some neighbours living near the Etobicoke home told the Star Sunday that they agreed with Ford. “I think they should go,” said Gord Ardron, 69, who claims to hear screaming coming from the house after dark. “I think they should be in a place by themselves.”

Then, yesterday evening, another news story broke… “Mother Threatens to Leave Disabled Daughter at Minister’s Office.”   Linda Murphy of Arnprior, Ontario, packed her bags and hustled her 20 year old daughter Ashley Corbett into the car.  They drove to Toronto and parked outside the offices of the Provincial Parliament where the distraught mother planned to abandon her daughter.  After seven years on a waiting list for a group home opening, Mrs. Murphy took drastic action.  As it happened, a temporary group home space near the family home was located and Murphy took her daughter back to Arnprior. 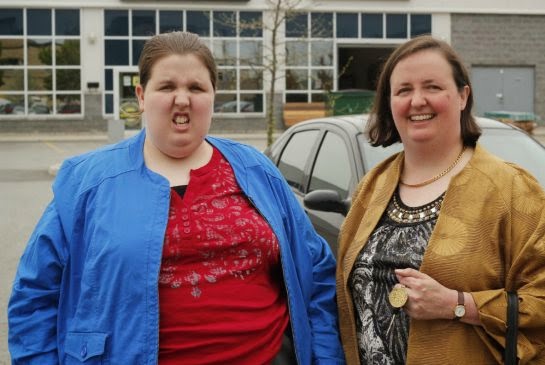 There’s an election on in Ontario right now, so the politicians all made statements and the public weighed in with their comments on the news stories.  Some members of the public blamed the current crisis in adult developmental services on the closure of institutions.  Others blamed inclusive education.

Yesterday, I felt sad and afraid for the future of our society.  Is this the way we really want to think about our vulnerable brothers, sisters, daughters and sons?  What about our parents with Alzheimer’s or our spouses with multiple sclerosis?  Do we want to move them off our street, far away ‘in a place by themselves’?

So today, I calmed down.  I began to prepare for a conference in Vancouver where I’m co-presenting on the subject of a caring society.  Here are a few quotes I typed into my notebook:

“An ethic of care can be characterized by a set of virtues, foremost among these are attentiveness and responsiveness to another’s needs and vulnerabilities.  Such responsiveness requires a self that sees itself in a relationship with the other.  It is a self that can attend to the other and make itself permeable to the needs of another through an empathetic identification with the other.”  Eva Feder Kittay (Beyond Autonomy and Paternalism: The Caring, Transparent Self)


“Those who are looking for a reason to justify caring have not understood that love is a self-justifying and all-sufficient ground for certain types of behavior.  Those who remain puzzled by love (and even cynical about references to it) should there consider whether the contributory worth notion of value has blinded them to what is good in itself.”

Now, I feel better.  I spent the afternoon in the sunshine at the park with Nicholas and Jim.  We laughed and I kissed my young man on his cheek.  Jim and I held hands.  I will keep caring for the people I love and I know others will, too.  Recently, someone asked me to identify a single message I would share with other caregivers.  I said, “Tell your stories.  Talk about your caregiving.  Tell your neighbors, your co-workers, the members of your extended family and members of your church.  Tell people about the joys and the challenges of caregiving.”  We need to change the world into a place that supports caregivers and the way to do it is through storytelling about love and kindness.