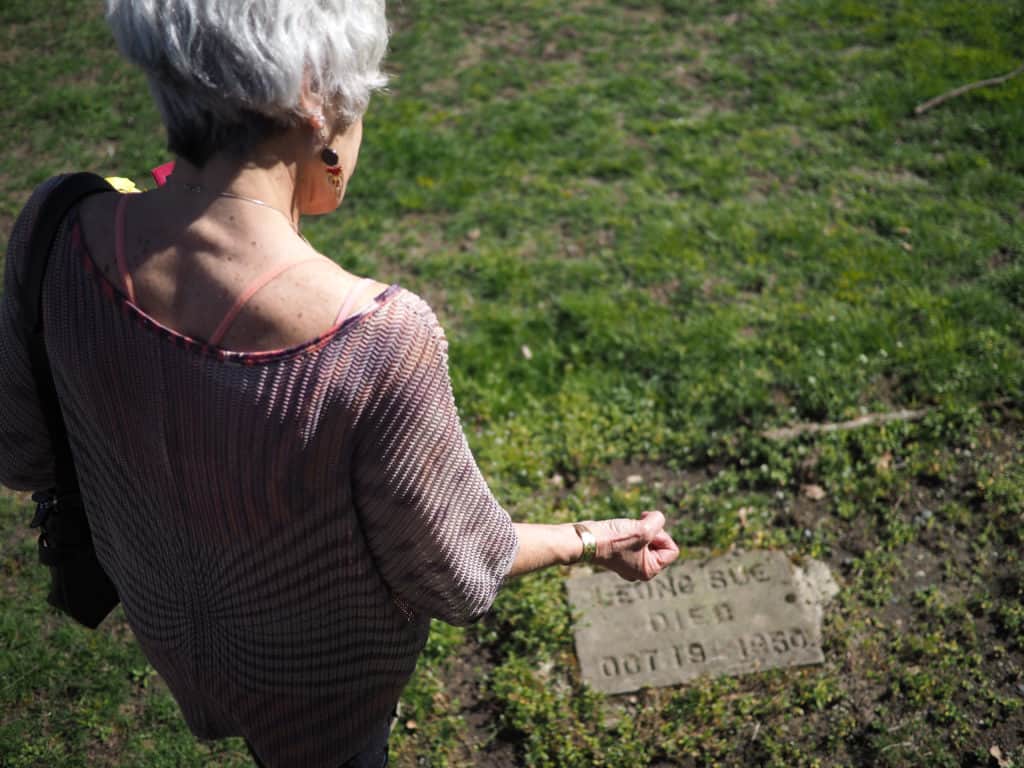 Earlier this Spring, PLAN staff joined Board Members Barb Goode and Cathy Anthony in a visit to the Woodlands Memorial Gardens in New Westminster. These gardens are a tribute to thousands of people who died while living at Woodlands, a former institution for people with developmental disabilities.

When the construction of Queen’s Park Hospital began in 1977 beside the Woodlands property, the cemetery was closed and made into a park. At that time over 1,800 grave markers were removed and all but a few hundred were “recycled” or disposed of. Shockingly, some were actually used to make a BBQ patio for Woodlands staff. Others were used at construction sites, and still others were used to build retaining walls for the creek flowing through the Woodlands property. 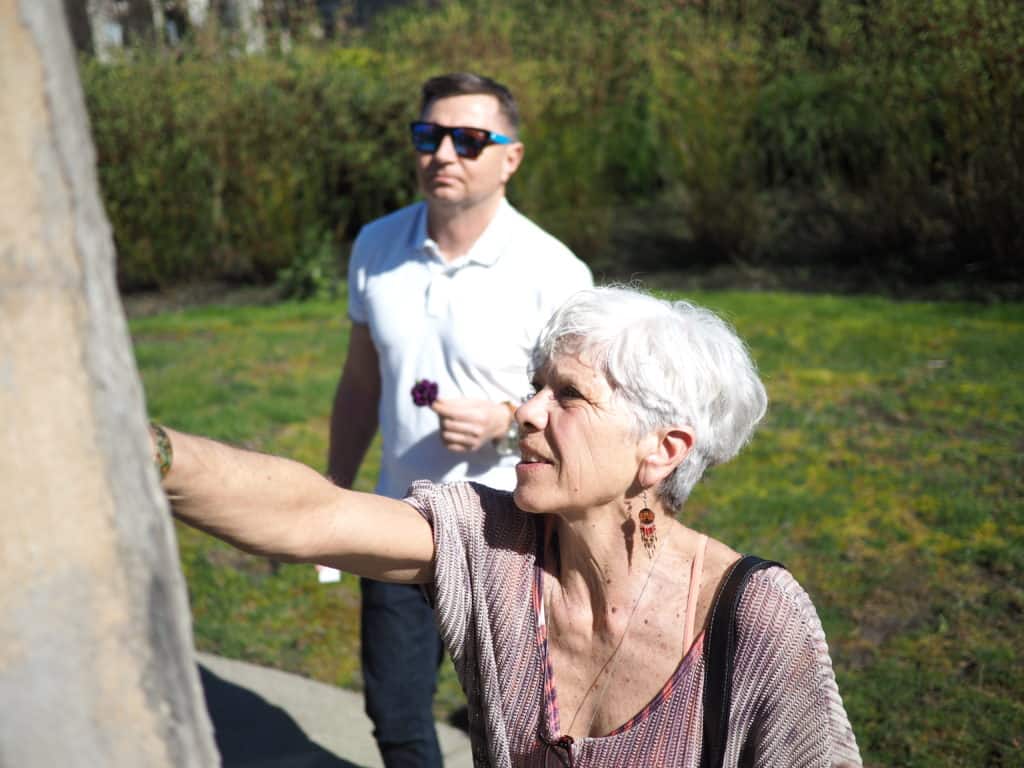 In 1999, the BC Self Advocacy Foundation and the BC Association for Community Living, with the support of the provincial government, began planning the Woodlands Memorial Garden.

We were honoured to be led in our tour by Cathy Anthony, who worked as part of the team who recovered stones to build the Memorial Gardens. Cathy shared the story of her relative whose gravestone was recovered in the process, and we visited the stone to place flowers in his memory. Unfortunately her relative passed away at Woodlands, but his legacy lives on through Cathy and the important work done to honour those who were kept in the institution. 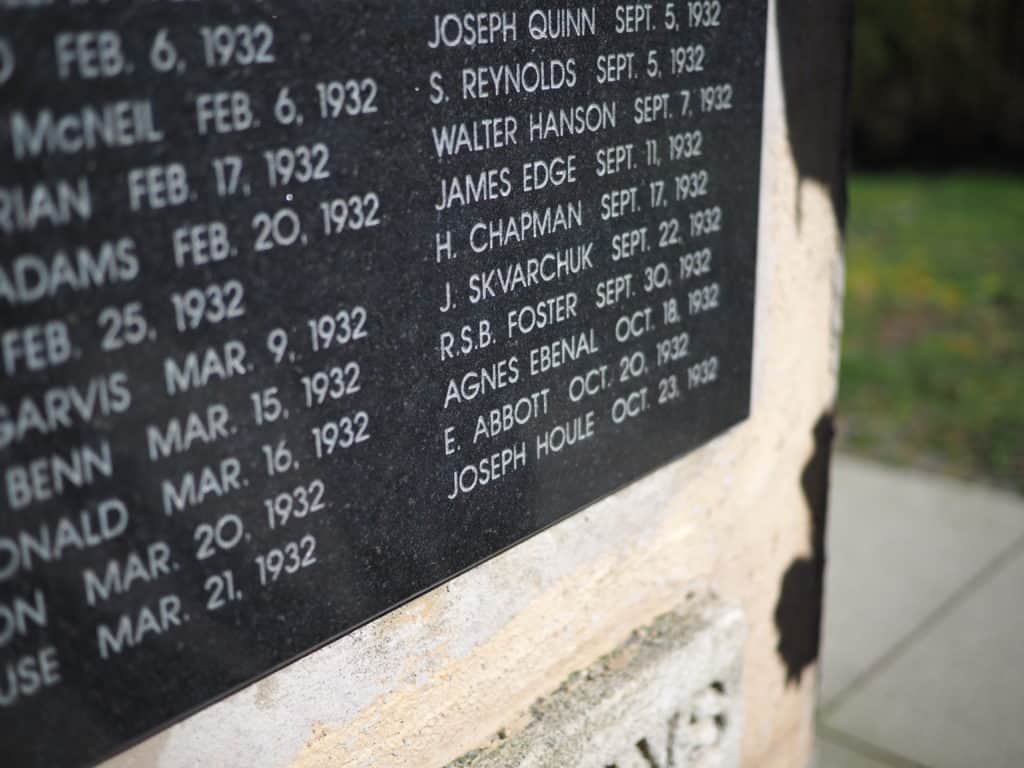 As we left the gardens, I was particularly moved to realize that the Memorial is now located in the heart of a vibrant community. With houses and condos around the site, and kids playing games in the gardens themselves, I felt a sense of comfort that these people who were kept isolated for so many years were finally at the centre of a community, just where they always deserved to be. 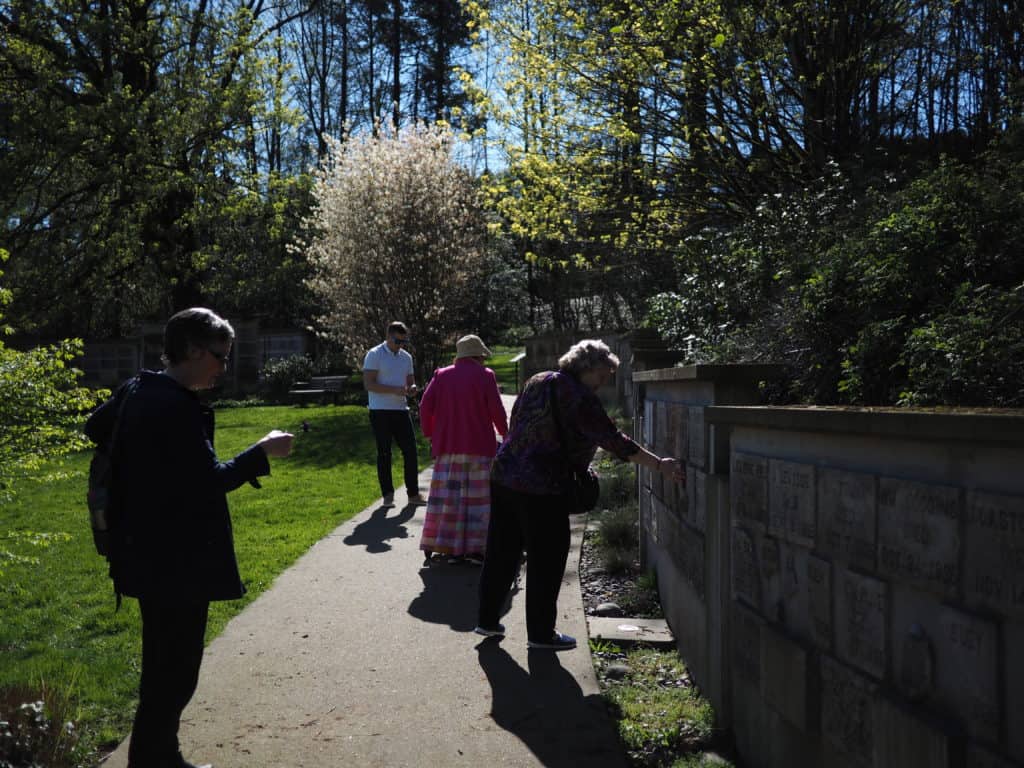